How the Energy Storage Industry Responded to the Arizona Battery Fire 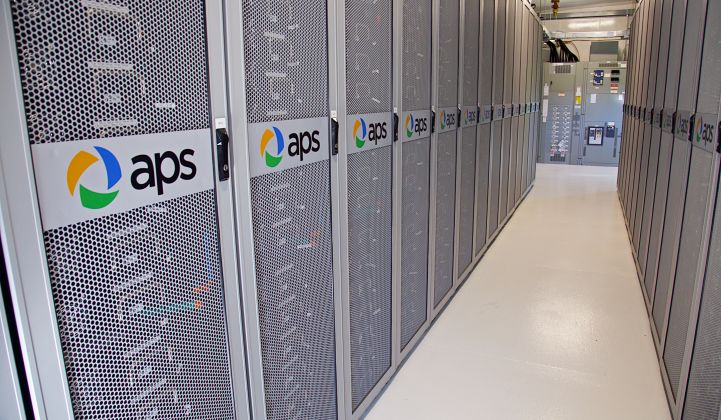 By the time the results of the fire investigation were released last month, many industry changes were already underway. (Image: APS)

In the first of a three-part series, Greentech Media’s Julian Spector looks at implications and lessons from last year’s APS battery fire.

The energy storage industry didn’t wait for the outcome of Arizona Public Service’s year-long investigation into the battery fire that injured four firefighters in April 2019 to start improving the safety of grid batteries.

The McMicken fire set off a series of shadow investigations, as battery suppliers, developers and customers pieced together evidence to identify the risks posed by their own systems. New looks at potential failures prompted product redesigns, along with hardware and software updates to existing systems.

“Because of our own research into the causes of the APS event, we were aware of what the report was basically going to say,” said Danny Lu, senior vice president at storage integrator Powin Energy, in an email. “We had immediately started working on solutions to those problems about a year ago.”

By the time the APS battery report came out last month, leading energy storage providers, including Fluence, which supplied the McMicken energy storage system, had already adopted key safety improvements. They engineered systems to detect and remove dangerous gases so they cannot build up and explode. They also addressed the layout of battery cells so that if one heats up, the problem does not spread.

A high-profile failure like the McMicken fire might be expected to hold back construction of more grid batteries. Numerous startups hawk alternative storage technologies on the basis of being safer than lithium-ion.

But the U.S. energy storage market did not stop expanding as a result of safety concerns. Instead, the industry has experienced meteoric growth, with record procurements announced almost weekly this summer. An unprecedented number of utilities and power producers are investing in batteries as a pillar of a cleaner electric grid.

The recent changes to top-tier battery offerings have reduced the odds of a repeat of the destructive event at the APS facility, which came online in 2017. APS now applies stricter criteria to the batteries it buys, and other utilities may follow suit.

“Overall fire safety is without a doubt a key priority, and we are satisfied by the progress around standardization of safety features,” said Benoit Allehaut, managing director for clean energy infrastructure at Swiss asset manager Capital Dynamics, which is currently constructing 1.9 gigawatt-hours of storage.

Something caused one lithium-ion cell to heat up, although what that something was remains a matter of dispute. APS concluded it was “an internal cell defect.” But battery manufacturer LG Chem challenged that conclusion, contending that the physical evidence suggests an external heat source, such as electrical arcing outside the cell, caused it to heat up. (For more on this, read the second part in this series, to be published later in the week.)

There is agreement on what came next: The clean agent fire suppressant did not stop the fire. The fire spread to neighboring cells throughout a single vertical rack. The heat caused the cells to release dangerous gases, which built up inside the container, which lacked ventilation or a means of detecting those gases. When the hazmat team opted to open the door, the environment inside the container shifted in such a way that it triggered an explosion.

To ensure that an explosion like McMicken never happens again, the people putting together grid batteries need to prevent this chain of events from ever being repeated. The energy density and chemical attributes of lithium-ion cells carry an inevitable risk of thermal runaway, but the choices a system integrator makes will determine if an unexpected event burns up one cell or explodes a whole facility.

The explosion is what set this event apart from other battery mishaps. When dozens of batteries caught fire in South Korea, they burned down but did not hurt people.

In Arizona, the explosion — not the fire — sent first responders to the hospital. It unleashed so much force that it threw one firefighter 73 feet through a chain-link fence.

But the explosion may also be the easiest failure mode to address: Prevention requires letting dangerous gases out, rather than holding them in.

“The APS event was a learning experience for the whole industry to come out with safer standards and practices,” Lu said. “It is [no longer] reasonable…to build a solution that doesn’t have the ability to vent gases.”

Should explosive gases accumulate nonetheless, the use of a “deflagration panel” can channel the explosive force up and out of a structure, rather than outward horizontally where they are more likely to hurt people. Deflagration panels now come standard on storage enclosures such as Fluence’s new Cube design.

Ideally, batteries would never arrive at that scenario. To this end, Fluence added an “incipient gas detection system” that triggers a shutdown if it spots the kinds of explosive gases that lithium-ion cells are known to emit when heated. The combination of early detection systems and ventilation means that newly constructed storage plants should be able to identify the presence of gaseous buildup and expel it before there is any risk of it igniting.

The physical shape of the battery enclosure has evolved too. McMicken housed its battery racks in a large shipping container, with space for people to enter and walk around. That spaciousness set the scene for gas to build up and for firefighters to enter in order to figure out what was happening.

More recently, storage designs have shifted to smaller, modular, cabinet-based designs. The Fluence Cube is eight feet on each side. The Tesla Megapack is also tightly packed and cabinet-based. That leaves no room for responders to enter.

Stopping the spread of thermal runaway from cell to cell would remove the cause of gaseous buildup in the first place. Storage plant designers are now doing just that.

It didn’t help that the Novec 1230 clean agent fire suppression installed at McMicken was, according to manufacturer 3M, incapable of stopping thermal runaway in lithium-ion battery systems. That declaration came after McMicken was designed and built, the report notes.

The physical design of the battery modules and racks plays a role as well. After the first cell heated up, “the close packing of the battery cells within each module allowed that cell to trigger thermal runaway in its neighbor, which spread to the next cell, and so on,” the report notes. “The cell-to-cell packing and module-to-module placement provided no protection to prevent this from occurring.”

The report suggests two key antidotes: separating cells with barriers or space and cooling down cells to stop thermal runaway. Aluminum plates separating cells can slow the transfer of heat; connecting it to a liquid cooling system is even better. The report notes that “multiple suppliers” are incorporating such measures into new product generations.

The Fluence Cube uses batteries that passed the UL 9540A test for non-propagation of thermal runaway from a single cell, Zahurancik said. The design works with multiple battery types, including air and liquid-cooled batteries, he noted.

Powin uses lithium-iron-phosphate chemistry because of its “minimal” risk of thermal runaway, Lu said. It passed tests that showed no propagation at the cell, module or stack level, he added.

Tesla did not respond to a request for comment on its battery safety, but a major customer did. Capital Dynamics is buying Tesla Megapacks for the largest behind-the-meter storage project in the world, incidentally located at the Switch data center down the road from Tesla’s Gigafactory near Reno, Nevada.

Tesla’s use of liquid cooling, rather than air cooling, was an attractive feature, said Capital Dynamics’ Allehaut. Other companies are also adopting liquid cooling.

“We noticed that the [APS] report recommends that modules of cells need to be fully separated to avoid propagation,” Allehaut said. “That is already in the design of the Megapacks, and this is likely going to be an industry standard.”

Notably, the space and material separating each vertical rack of batteries blocked heat transfer to adjacent racks at McMicken; only the one rack was destroyed. Similarly, spacing out battery containers at larger projects reduces the risk of fires jumping between them. And those measures require no new technology to achieve.